Recently, Casey Hilbert, Ross Recreation’s Central Coast sales representative, was asked to take on a challenging project in Soledad, California, and developed creative solutions, on time and on budget.

At Santa Elena Cooperative Housing in Soledad, Pacific Gas & Electric Company wanted to relocate an existing playground because the site was over a large utility line.  PG&E’s Chris Long contacted Casey, and after site meetings and discussions with the Santa Elena community, it was decided to build a new playground over an existing basketball court.  To reduce project costs, Casey recommended that the existing concrete slab from the basketball court be used as a sub-base for new artificial turf safety surfacing under the new play equipment.

Ultimately, at Casey’s suggestion, the new Landscape Structures playstructure was surface-mounted on the concrete slab and new ForeverLawn Playground Grass was installed over the existing concrete.

But what to do with the abandoned playground site?  Casey recommended that the community consider a small artificial grass field, using low maintenance, drought-friendly ForeverLawn for recreation and ball games.

Both new recreation areas at Santa Elena Cooperative Housing are now heavily used and a big hit with residents. 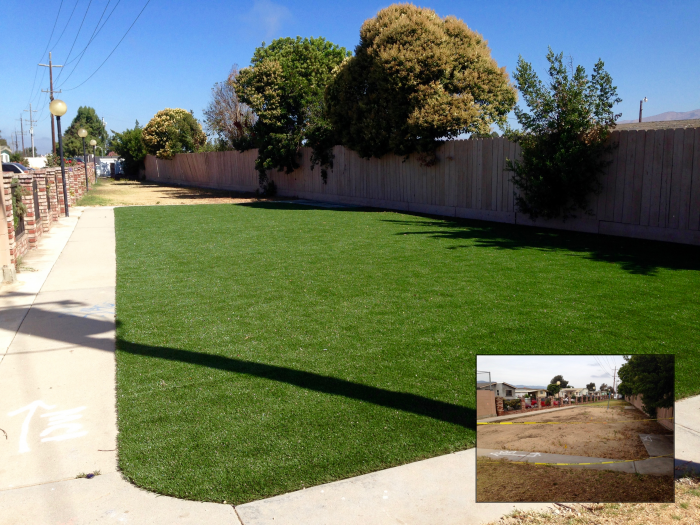 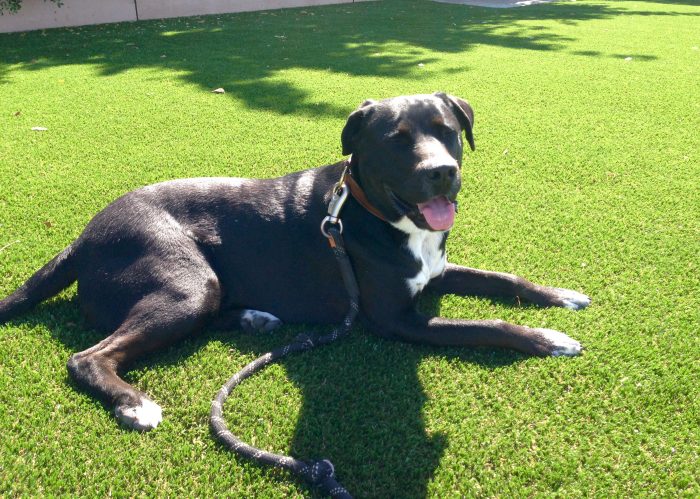 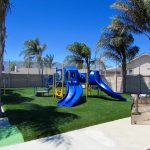